The social element of the Blockchain is perhaps the most interesting bit. On the one hand, we’ve proved that people can create money, and the public opinion with regards to the legitimacy of an alternative crypto-currency is shifting in its favour. On the other hand, the potential of using a decentralised, distributed, free ledger is something we’re slowly seeing more use of.
In 2013, Vitalik Buterin described a new Blockchain based platform called Ethereum. It was formally described by Gavin Wood in early 2014 and it is among a group of “next generation” (or “Bitcoin 2.0”) platforms. Ethereum is a decentralized Web 3.0 publishing platform featuring stateful user-created digital contracts and a Turing-complete contract programming language.
I first met Jessi Baker at an Ethereum meetup. The event was moderated by Ethereum’s Vinay Gupta and felt as if the socio-political elements of the Blockchain ruled a very interesting debate.
Towards the end of the night, Jessi presented and introduced the current project she’s involved with – Provenance. Provenance lets users discover the stories of products and their makers using the Blockchain.
I had the great pleasure of recording an interview with Jessi, where I was trying to understand the project and why Blockchain technology is a game-changer in tracking supply chains anonymously. Jessi shared a couple of possible case studies for Provenance and, the interview got a bit more technical as we discussed smart-contract, rule-writing features, on the Decentralised Autonomous Organization. I hope you enjoy, follow @jessibaker: 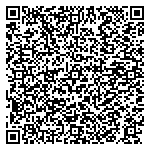