I had the honour of meeting Elizabeth Rossielo, BitPesa‘s CEO, during my recent travels to Kenya, recording Bitcoin In Kenya. BitPesa is practically the first easy way to remittance bitcoin to the developing world. If/when Bitcoin is adopted world-wide, Team BitPesa will be seen as pioneers.

I attended their Beta Launch event in London, where the team set up accounts for a number of the party attendants. Each was given some money to send to anyone in Kenya in order to test the speed and convenience of the service. In each instance, confirmation was received from happy family and friends who received an unexpected top-up to their M-PESA accounts.

Below is a short video recap of the event, I hope you enjoy. Follow @BitPesa 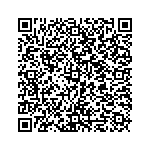