Bitcoin In Kenya
Bitcoin is a world of international finance that is encrypted and peer to peer. Bitcoin as the object of my study, leads to interest in cultural and financial networks. As a non-centralised form of money, people on the Internet, with an application download, can immediately become partners in a global economy, with the lowest fees and no third-party controls.
The region of East Africa is the world’s most expensive for remittances [transfer of money by a foreign worker to an individual in home country], because of factors such as limited competition and regulatory barriers. In Kenya, where overseas money transfers represent 3 percent of the country’s GDP and, 46 percent of financial transactions are handled with mobile phones, I have identified a case study for exploring Bitcoin’s viability as a financial tool.
Kenyans have mobile money embedded into their daily lives and, lead the world in mobile money innovation. The country has been on the forefront since the 2007 launch of M-Pesa, the M is for “mobile”; Pesa is Swahili for “money.” What was originally conceived as an efficient method to make payments on micro-loans has been rapidly adopted by Kenyans as a way to send money from urban centres back to rural areas. Nearly two thirds of the local unbanked [under-banked], population use the service.
I wanted to learn if Bitcoin could ride M-Pesa’s success of explaining mobile money. After my first couple of days outside of Nairobi, I understood that M-Pesa’s greatest achievement is its vast network of agents; reaching 70,000 at the time of writing.
One of the things that the video cannot do justice to in the time available, but is also part of M-Pesa’s successful story; analysts suggest the violence in 2008 was a critical accelerator for the service. During the post-election violence, M-Pesa was used by urband dwellers to send money to relatives trapped in the home-towns and slums. Another controversial reason [which is represented in the video],being the applied research, the Kenyan trip revealed that M-Pesa’s innovator [Safaricom Mobile Provider], succeeded because of its status as a monopoly. This ensured the investment in technology, where an agent network was protected, lead to an easy dominance of the mobile money transfer industries.
Bitcoin In Kenya‘s style is framed by an investigative approach to expose Bitcoin as a global digital currency, as well as a ground-breaking technology. It is a journey between rural-unbanked Kenya to Nairobi’s technological start-up hub. This was a lived experience, an invaluable addition to my research about global finance on a specific, local level. 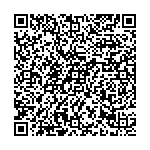