Bitcoin 2014 was the Bitcoin Foundation’s annual conference which gathered more than 1,100 attendees in Amsterdam. As a top fintech hub in Europe and with fantastic tourist attraction, Amsterdam served as a great place for the event. Holding a conference in Europe was a great way for the Foundation to help spread its reach out of the US and provided an opportunity to experience an international effort. Btcoin 2013, the Foundation’s first annual conference was held in San Jose, California. It was announced that Bitcoin 2015 is set to take place in the Asia Pacific region.
I visited the conference to conduct some interviews for my upcoming documentary and excerpts will be published below as I process the footage. I hope you enjoy. 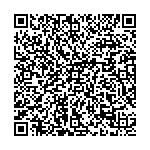