Through London, sun and rain, across the bridge, Bit-towers looms ahead, Anarcho-libertarian, underworld cyber currency, or alternatively, the future.
Door opens and Mohawk welcomes us in. Post 80’s boom, large office complex, now home to upwards of sixty anarchists, activists, occupy members, squatters, hackers, programmers, possible geniuses and appreciators of the above.
Upstairs to the meditation room. We set up camera and get to know our hosts. Open source programmers and developers, stock-market players and she sleeping off last night’s party. Organic fruit, mineral water, soya milk an’coffee.

About to begin and Mohawk receives a call on his mobile. A grandmother from Brighton calling to ask advice on how to move money without being rinsed by the money transfer co.’s. Mohawk advises elderly lady. Anarcho–libertarian support for the old and distressed by government. Stereotypes are here to be broken.

Amir Taaki begins to speak, enthusiasm and imagination dance. Eyes telling of possible futures. Where people aren’t beholden to banks, untenable taxes, government spying.snooping. Prophecies of the future or youthful passion, are they mutually exclusive?
From dizzy heights we return to earth. Jonathan Harrison talks of markets, gold, silver, financial solvency and libertarianism.  The language of the economist or banker (almost). Currently involved in negotiations with various  leading  exchange bureaus. He points out, most criticisms are coming from institutions that may well lose heavily if Bitcoin becomes established in the mainstream. Confidence and pragmatism exist here. This is not an exercise in faith alone.

Here’s three minutes of footage from the interview.  Feel free to share. Enjoy 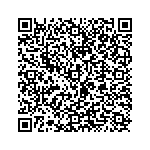