After first reading about Bitcoin in a magazine in 2012, Michael Parsons soon became so interested in Bitcoin that it became his passion and career. He started  a blog and a twitter account and is now working on a Bitcoin exchange project. A chartered accountant by training and once a banking management consultant for KPMG and PwC, Michael is now “a Bitcoin Ecosystem Entrepreneur and Advisor.” Michael also gave the first formal presentation of Bitcoin to the UK Government at the BIS sponsored Future of Money conference on 13 May 2013. I had the good fortune of meeting him on 21st June to record his interview for my upcoming  documentary, IamSatoshi. Here are the highlights from our interview, or shall I say Bit-talk.

Michael emphasizes that Bitcoin has a clear advantage over fiat money and credit cards, particularly in long-distance transactions. As he explains, to perform  a transaction through conventional money, you have to go through the likes of HSBC, Western Union, Mastercard, or Paypal. He reminds everyone that each time we use a credit card on the internet, we expose ourselves to more than one type of fraud such as ID fraud and credit card cloning. But Bitcoin is different, Michael asserted, as all these intermediaries and the unwanted costs and risks they bring to a transaction are cut out. By using Bitcoin, you directly pay the merchant online using the merchant’s Bitcoin address, that’s it. Perhaps, it is for reasons like this that Michael believes that Satoshi Nakamoto, the pseudonymous person or group of people who designed and created the original Bitcon software, brought something valuable to the world without having taking anything in return.

Michael sees Bitcoin as the first true digital crypto peer-to-peer currency, an alternative to the current fiat currency system, whereby creation and control of money is taken out of the hands of governments and the banking establishment and placed into the hands of you and I. He calls Bitcoin the digital gold with some differences, most notably, you can see gold but you don’t know how much gold there is on planet earth whereas you can’t see Bitcoin but you know that there will be a fixed 21 million units of it. Because the supply of Bitcoin will stop expanding after it hits the 21 million mark, Michael accepts that Bitcoin is a deflationary currency and initially people may hoard instead of spending it, which would be against the purpose of a currency. But Michael also points out quickly, that each unit can be eight decimal places, therefore, smaller and smaller units of Bitcoins – known as Satoshis – can be used to keep up with rising demand, and the risk of deflation can be exaggerated.
Michael thinks that government agencies worry about the anonymous nature of Bitcoin transactions and how it could be used for illegal purposes (terrorism, tax evasion etc.), but he argues that cash, which is supposed to be used in these illegal transactions, offers even more anonymity than Bitcoin. By implication, if fiat cash has not been banned because of what it may be used for, the same should apply for Bitcoin. While he is a Bitcoin entrepreneur, Michael is not oblivious to the risks of Bitcoin, most notably, Bitcoin may fall in value and holding Bitcoins can be stolen by hacking a cloud, or a Bitcoin exchange.

Michael’s long-term goals include continuing to assist in shaping, advising and growing Bitcoin Ecosystem businesses (exchange, mobile & card applications) whilst allowing time to devote to activities that are highly worthwhile, but not highly compensated; such as charitable work, volunteering, and environmental issues.
I wish him good luck! 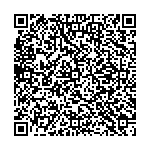